Here’s something to tick you off today, something that you may not have figured out.

That Lloyds technically failed and had to be bailed out during the financial crisis and is still about 25% owned by UK taxpayers is beside the point.

Ask Lloyds traders how they feel about being saved to die another day. If they’re honest, and a bunch of them aren’t, they might tell you they’re glad to have the chance to continue screwing whomever they can in order to pad their bonuses.

Today, I’ll tell you all about how banking is an entitlement regime. In fact, it’s kind of like its own monarchy.

The folks at Discover want you to “Get the card for college and beyond.” They’ve named and registered it as “Discover it chrome for Students” because, after all, they’re “Looking out for you.”

But they aren’t the only do-gooders looking out for you. You can also apply for the Capital One Journey Student Rewards Credit Card, the Bank of Americard for Students, the U.S. Bank College Visa Card, or the Citi Dividend Platinum Select Visa Card for College Students.

Heck, why not apply for all of them?

Before switching screens to sign your life away – I mean, fill those applications out – let me tell you a little more about this latest attempt to take all your money.

Sometimes it’s all about time. Things take time. Time catches up to things.

In the case of the many crimes and misdemeanors that led up to the credit crisis, time seems to be finally catching up with some crooked institutions.

As for the real crooks, as in the individuals who lied, cheated, stole, and directed others to lie, cheat, steal, and more for their share of the almighty bonus pool… not so much.

But sometimes, you take what you can get.

This time it’s a rating agency’s turn… It’s not enough. But today I’m going to share this bit of good news. 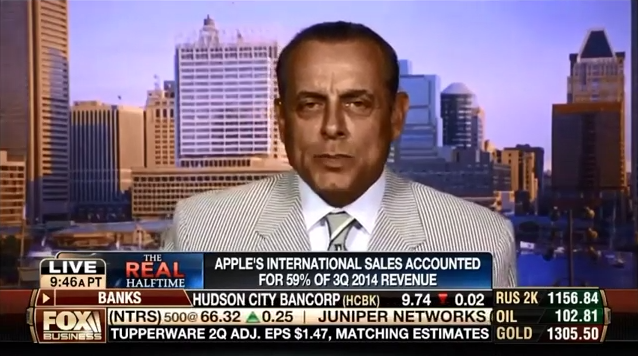 It’s called “tax inversion,” but it means “run from the IRS.” As Congress threatens to change the tax code to keep American firms in the United States, dozens of them look to head overseas.

The irony wasn’t lost on Shah, who stopped by Fox Business‘s “Real Halftime Report” on Wednesday.

To read more and watch the interview, click here.

Back in April I wrote about the initial public offering from Ally Financial Inc. (NYSE: ALLY). I told you about how they were loading up the truck with subprime auto loans, and how that lending game was too reminiscent of the subprime mortgage buildup and subsequent crisis to not warrant a déjà vu-all-over-again feeling.

I’m no longer one of the only muckrakers warning that the subprime auto loan space is sleazy and potentially dangerous to our economic health.

I usually don’t trust or link to pieces in the mainstream media. But this really caught my attention… so I wanted to share…

Housing is in trouble… again.

That will be good news for the shorts, but bad news for housing.

Why are there still dark clouds over our supposed economic recovery? We’re five years on from the mortgage meltdown, after all, and housing prices have bounced back dramatically and interest rates at near record lows.

I’ve been saying it all along. The housing rally is fabricated. It is, as Pete Townshend sang in The Who’s last great single, an “Eminence Front”…

Here’s a question for you: Has higher education become another great American scam?

I’m not talking about the rich getting scammed. They get what they pay for. They can afford to be scammed – they know what’s up.

A lot of rich people send their kids to expensive private colleges hoping they’ll get a good education that will lead them into their chosen careers. If they haven’t chose a career, rich parents are more than happy to give their kids the “experience” of college, with all its social aspects, country club accommodations and alumni status.

But then there are kids who want a higher education because they believe a college education is their ticket to gainful employment and well-compensated careers. They pay for it themselves, or their hardworking parents cosign on loans or take out personal loans on behalf of their kids’ college dreams

For them, higher education is increasingly looking like a scam.

Some critics complain that this is students’ own fault, that they’re pursuing the wrong majors. Or, they say that colleges themselves are lacking, that they’re not teaching what kids need to know in our ever-changing economy.

However, my problem isn’t with education or kids’ choices. Today I’m telling you where my beefs are – and why they’re costing today’s kids and their parents billions…

So what there was some momentary panic over some bank in Portugal yesterday?

So what if contagion fears spilled out across the globe and markets tanked?

It’s all better now. Everything has been cleared up. Really, it was nothing.

How do we know it was nothing? Because the bank’s regulators and the country’s central bank, Banco de Portugal, are telling us so.

It’s all contained, they say.

We got similar assurances from the Federal Reserve and U.S. bank regulators after Bear Stearns collapsed. After Lehman failed, we were assured everything would be contained.

If you are reassured, don’t read on, because I’m going to ruin your day. 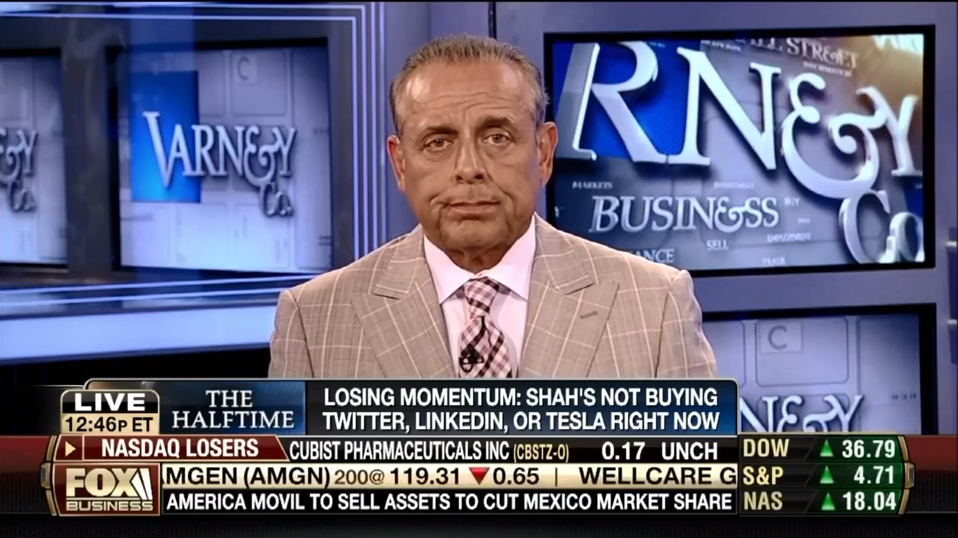 Momentum plays like Twitter Inc., LinkedIn Corp. and Tesla Motors Co. stock had great runs at the end of 2013, but pulled back in March and April 2014.

These stocks have been extremely volatile lately, which, according to Shah, is a sign of skittishness from investors.

He appeared on Fox Business‘ Varney & Co. yesterday and told investors the best way to play these momentum stocks now. Take a look before these stocks make a big move… again.

While that doesn’t matter to you, it does to me… if we crash.

What’s relevant about my flying today is that this morning on my way to the airport, in the back of a cab in dead slow traffic, I started thinking about airplanes and stock-market crashes.

The Dow Jones Industrial Average closed on Thursday higher than it’s ever been. In fact, it’s now well over halfway to 30,000 feet. It can cruise along comfortably and keep rising from here, for sure.

What’s worrying me this morning, besides almost missing my flight, is that, to get the U.S. and global economies to liftoff speed, the Federal Reserve has spent almost $4 trillion. (I considered writing that number out here, with all those zeros for dramatic effect, but thought, This isn’t a funny piece I’m writing – it’s serious.) And globally, central bankers have spent another, maybe, $6 trillion.