Most people who are just “in the market” don’t understand high-frequency trading and dark pools. And that’s OK.

However, as I’ve been writing about over the past couple of years, apparently that unknowledgeable also includes people whose job it is to understand these things, including institutional money managers, brokers, investors and apparently most regulators… though I don’t buy their ignorance one bit.

My knowledge of high-frequency trading (HFT) and dark pools dates back to the late 1990s, when I was trying to figure out how to get better executions on the large trades my hedge fund was generating. I consider myself as a bit of an expert, and I got to show that off a little last week on the radio.

So, for all of you who want to know a bit more about what’s going on in the shadows, I’m going to get a little technical on you and share some of that expertise.

This won’t be boring – I can promise you that.

A lightbulb will go on inside your brains, and you’ll understand what’s really going on and how dark pools and HFT – which the Securities Exchange Commission and other regulators allow to happen – undermine markets.

Now, I’m going to flip the switch and turn that lightbulb on … 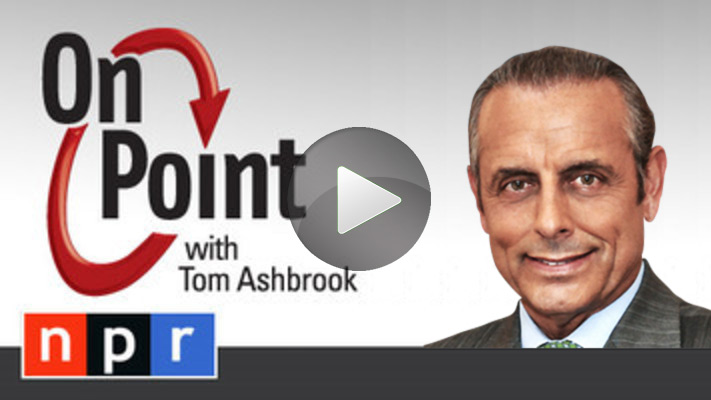 As Shah himself said: “This is about how the market has been undermined and how it could collapse one day, literally, and trillions of dollars could be lost in a matter of days.”

Listen in and tell us what you think.

But you know what? I’m saying it.

I told you so.

They weren’t always. Both were the result of unintended consequences. But that’s all behind them. In front of them now are civil and criminal lawsuits.

Late yesterday, New York State Attorney General Eric Schneiderman charged Barclays PLC with fraud over how it markets its dark pool and how it operates it.

In a press conference yesterday after the market had closed, the AG said, “Barclays dramatically increased the market share of its dark pool through a series of false statements to clients and investors about how and for whose benefit Barclays operates its dark pool. Contrary to Barclays representations that it implemented special safeguards to protect clients from aggressive or predatory high frequency traders, Barclays is accused of operating its dark pool to favor high frequency traders.”

But that’s not all Barclays did. Keep reading, and I’ll explain all…

Here are three not-so-little things hitting my radar this morning.

On Thursday, you were all shocked (not) to have to consider the possibility that peeps in Congress would ever break a law, let alone a law they made to stop themselves from breaking laws.

Alas, it may have happened. I say “may,” because we may never know if the perps – um, I mean, peeps in Congress are still making money by dishing out dirt on legislation they’re brewing up, this time to traders who profited from leaky pipes in the Senate or House.

While I like to beat on the executive branch for their various foibles, this time I admire their moxie for trying to make a case here.

I’m going to tell you what the feds and the courts are trying to do here. I expect a full-on separation-of-powers battle royale.

Here’s how it could go down … 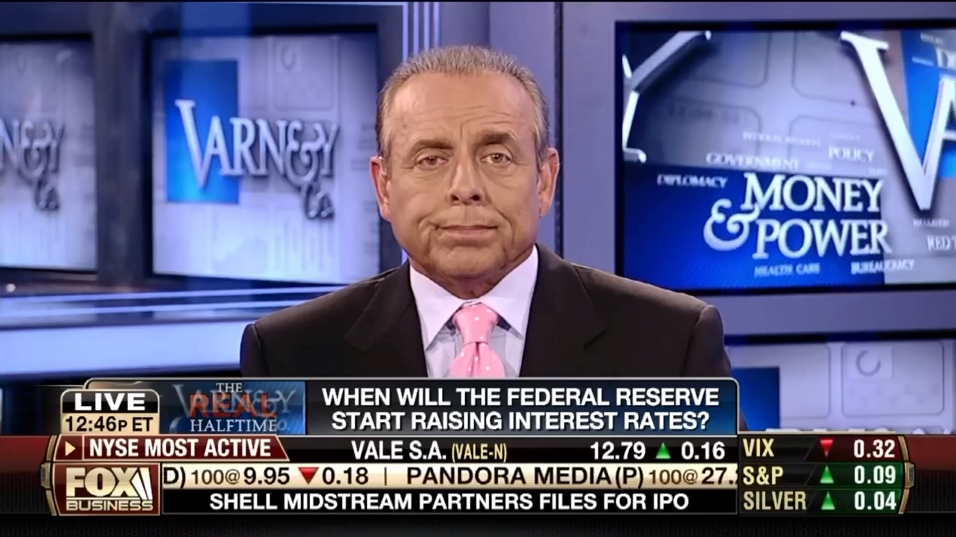 Former Secretary of Labor Robert Reich took to Facebook to wonder aloud, “At what point does conspicuous consumption by the ultra-wealthy invite a revolution?” His comments didn’t go down well in certain quarters.

That was just one of the day’s stories that Shah Gilani pored over on Fox Business’ “Real Halftime Report.” The other topics were less inflammatory.

Do you remember the not-so-big-deal legislation known as the 2012 STOCK Act?

That’s STOCK as in Stop Trading on Congressional Knowledge.

Members of the House and Senate passed this act – which in this case should be short for acting like whores -quietly because it pointed to Congress as a bed of lascivious insiders who trade for personal gain through the backroom market-moving horse trading that they massage into laws in D.C.

Of course, our Congress of paid pimps and panderers intended the STOCK Act to show everyone that they were willing to make a law to make sure they wouldn’t do what they said they weren’t doing.

Well, it looks like they may be doing it anyway.

Last year, under the cover of darkness, a Senate investigation looked into whether Mark Hayes, a top Senate aide on health care matters, broke any protocols (aka laws) when he apparently “predicted” in an e-mail to Height Securities (a “policy research firm” … wink, wink) that there was about to be some Medicare-related stuff coming down the pike that would move some insurance stocks.

Hayes is now a lobbyist – of course.

This kerfuffle happened in the Sen and was investigated within the Senate by Senate investigators. Can you guess what happened?

This is a public service announcement. Really, you need to read this!

If you think your mobile banking app is safe, think again.

Right now, as in this very second, if you have a mobile banking app connected to USAA, Citigroup, American Express, Wells Fargo, Bank of America, TD Bank, JPMorgan Chase, BB&T or Regions Bank, you could be in deep Svpeng.

Svpeng is a breed of malware that targets your mobile device. It doesn’t come from your bank, but gets onto your device through a “social engineering” campaign that uses text messages as a medium of infection.

The worm originally cropped up in Russia last year, where it was used to steal credit and debit card data from mobile phones. The American version does something different – and even more insidious.

You don’t want to get caught in this trap. Now, so you’ll know how to avoid it, I’ll tell you exactly how this worm turns … 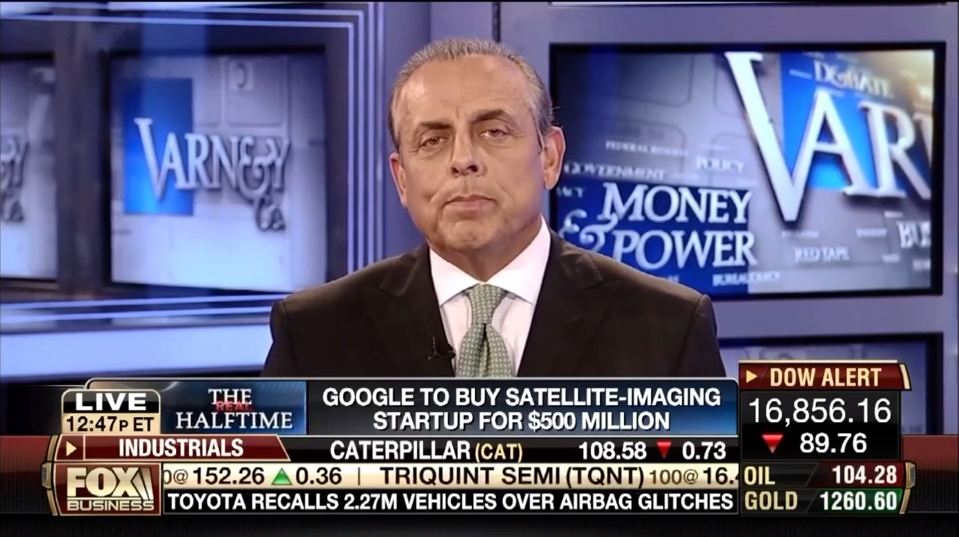 The DOW is within shouting distance of 17,000, but Shah Gilani thinks that may be the end of the line, saying “we’re gonna start to see this thing crumble.”

I’ve never before written anything about the Affordable Care Act, otherwise known as Obamacare.

That’s because I didn’t want to jump into the debate on one side or the other before letting some dust settle and seeing what there really is to see.

As the old Johnny Nash song goes, “I can see clearly now the rain is gone. I can see all obstacles in my way.”

The future of Obamacare isn’t bright. It’s not even cloudy. It’s black, as in a giant black hole.

That’s because the Affordable Care Act is going to be anything but affordable. It’s going to get more and more expensive, as if it’s not already outrageously overpriced hype.

What is Obamacare really? It’s a make-richer scheme for giant insurance companies.

Now, I’ll tell you exactly what this Obamination is going to do to your health plan, the U.S. economy and your wallet …

Everyone knows that China is the world’s largest consumer of several commodities, including copper, iron ore, and aluminum.

Everyone knows the Chinese have been stockpiling tons of these same commodities.

But not everyone knows that international banks have been making huge loans to borrowers that use these warehoused commodities as collateral.

Well, wouldn’t you know it? There may be a nest of rats in those stockpiles.

Chinese authorities and some of the banks that make these commodity collateral-based loans are investigating both borrowers and those warehouses. They want to determine if the borrowers fraudulently obtained multiple loans by hypothecating, or pledging as collateral, the same stockpiles of commodities over and over again.

While this is obviously bad news for the loaners, the amounts of commodities involved make this potentially a worldwide crisis. And now I’ll tell you exactly what these “rats” are doing not only to the involved banks, but also the Chinese and world economies …