If you aren’t making a lot of money trading these days, I’ve got some good news and some bad news for you.

The bad news is, it’s because you don’t get it.

First off, don’t blame yourself. You’re not alone.

But you’re smart, and you have intuition, and so you probably feel that other hand at work.

You might even be one of the many people who think that the force working against you is “the market.” As in “the market is killing me.” And you’d be close, but not quite right.

Here’s where your intuition comes in.

It’s time again for our monthly Q&A session. You sent in some stellar questions recently, and I had a lot of fun digging in to them.

I also have something big coming up…

In the next few days, you’ll be able to see some amazing trades, and the one strategy I use to nail them. Let me put it this way: Idealists about the markets will be shocked, and others will get an education on the real inner workings. I’ll have more in the next issue on Sunday, so stand by…

Now let’s start with your comments and questions about what’s going on in Europe.

To view these questions and answers, please click here…

With Europe on the brink and markets declining here at home, Shah appeared on Fox Business’ Varney & Co. and was asked for stocks that he likes during periods of market uncertainty. Citing two guidelines – safety and yield – Shah offered two picks, a pharmaceutical giant and a solid utility, that offer both right now. 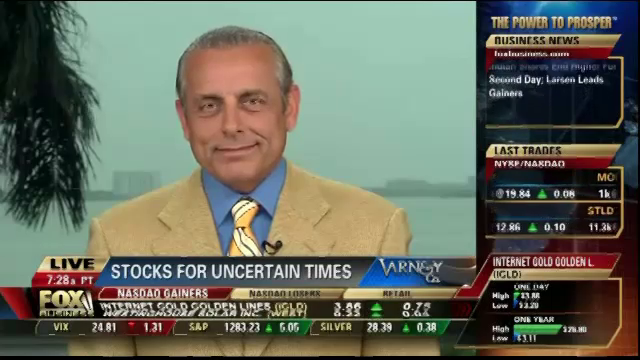 Okay, let me say this about that. About last night, I mean.

Take last night. I’m in a club in Miami, okay, the club, Liv at the Fontainebleau. And I meet maybe my future wife. Don’t laugh, it happens. And she’s beautiful, and smart and funny, and she’s got spunk, and is a great kisser.

I did say this is a fantasy, right?

You don’t believe me? Well, let me tell you another fantasy, another made-up story. And remember, as you read this too, it’s a fantasy. I made it up to entertain you, even if people say, “You can’t make this stuff up.”

So, once upon a time and all that, this big office, we’ll call it the Chief Investment Office, at a big, make that a too-big-to-fail, bank has orders from its bosses (there are always “bosses,” plural, when mistakes are made) to play with the roughly $360 billion they are… well, playing with.

And the object of the game is to make money.