There’s a passage in the Bible that says, “The Kingdom of the Father is spread out upon the earth and men do not see it.”

The whole earth is heaven for the big banks. They rule over it like petty, greedy gods.

The latest proof of big bank’s criminal ways, that they’ve been manipulating Libor – which isn’t news, I was writing about this four years ago – isn’t an indictment. It’s a signed, sealed, and delivered verdict of “guilty.”

(Check this out, I get credit from a group of fraud lawyers for being first to call this out right here.)

Here’s the deal: Barclays, a monster British bank, was under criminal investigation for its role in fraudulently manipulating the London InterBank Offered Rate (Libor). It settled charges late on Tuesday with Britain’s Financial Services Authority (FSA), the U.S. Commodity Futures Trading Commission (CFTC), and the U.S. Department of Justice.

Yeah, about that “justice” thing…

As we await the Supreme Court’s decision this week on the group of laws known as Obamacare, Stuart Varney asked Shah about the implications for investors. What sectors and stocks will do well if the law is struck down? Which ones will thrive if Obamacare passes? 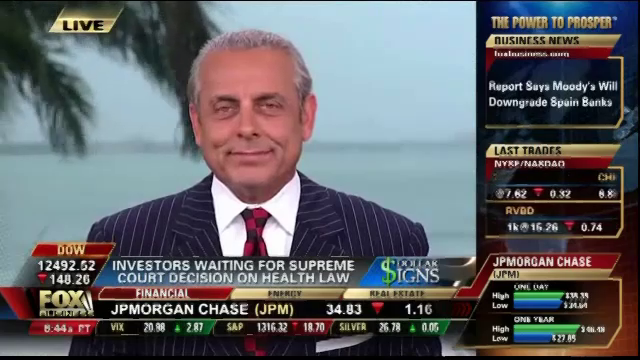 The markets are broken.

And what has to be done to fix them likely won’t get done. That’s because the folks capable of fixing them are actually captives of the folks who like them the way they are.

The good news is, if you understand what’s wrong and who’s responsible, you can actually make a lot of money playing the game the way it’s been set up.

First of all, what’s happened isn’t by some grand design. There is no great conspiracy to screw the public. (Not this time.) Rather, incremental changes in various corners of the capital markets manifested innumerable unintended consequences.

The net result is this: Our capital markets aren’t functioning for the greater good of the economy and the nation. And the public is getting screwed. But you knew that.

The markets have become a kind of stacked deck in a rigged card game. A game being played by a bunch of whispering pros against mostly deaf, dumb, and blind amateurs (yeah, I’m taking about too many people you know) in a shady casino overseen by pit bosses who work for the house – which is owned by the pros who set up the game in the first place.

I’m not going to break down what the incremental changes were that got us here. I’ve done that over innumerable articles I’ve written for Money Morning, Forbes, Wall Street Journal’s MarketWatch, and right here.

This isn’t about how we got here. This is about proving where we are now by means of a kind of grand supposition that hopefully is going to open your eyes. And probably is going to scare the you-know-what out of you.

It’s about time there was some light at the end of the tunnel.

I’m talking about the dark, “are markets safe, is it time to invest” tunnel. And I’m not talking about this next round of quantitative twisting stimulus meant to “light up” the dark hearts of short-sellers.

The illumination I’m seeing is the result of, believe it or not, a little something called bipartisanship.

No, that’s not a gay cruise line. That’s a gay, as in happy, coming together of opposing political views to get something done in Washington. So what if that something is really about getting votes? Let’s not look a gift horse in the mouth.

Finally a Republican and a Democrat are saying the unthinkable. After all the brouhaha over the botched (unless you’re an insider who sold at the top) Facebook Inc. (NasdaqGS:FB) IPO, there’s breaking news out of Washington that they smell something funny going on in the capital markets.

By shining his Bic lighter on the Facebook fiasco, Democratic Sen. Jack Reed of Rhode Island, a subcommittee chairman over at the Senate Banking Committee, told the Wall Street Journal, “The perception today, and perhaps in too many cases the reality, is that the retail investor comes in at a disadvantage.”

Is there a Matrix trade in the housing market?

In this five-minute video interview with Publisher Mike Ward, Shah lays out his remarkable (and surprising) theory of what could happen shortly. Shah believes you can make money in real estate now and down the road. This is a must-see.

Steve hosts the “On the Money!” radio show that broadcast to stations around the country, and he is a renowned financial advisor and investor advocate based in southeast Florida. He is also a subscriber to Wall Street Insights & Indictments.

You can listen to the recording of their 12-minute chat right here.

Together Shah and Steve discuss the “extend and pretend” game being played in Europe, as well as the reasons the financial industry is the ultimate liar’s club. Shah also spells out what CEO Mark Zuckerberg could do to make Facebook Inc. (NasdaqGS:FB) a “fantastic” stock.

“On the Money!” is a weekly show whose stated purpose is “to protect you from self-serving forces within the financial services industry.” (No wonder they like Shah!) You can learn more at the show’s website.

Shah made a brief appearance on Varney & Co. today to discuss rumors that Microsoft Corp. (NasdaqGS:MSFT) may be gearing up to release a tablet to compete with Apple Inc.‘s (NasdaqGS:AAPL) iPad. Will the move push the stock above $30? Shah weighs in. 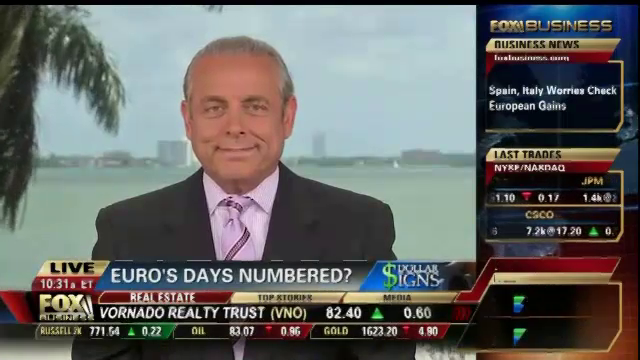 There are probably some good reasons for that. For one thing, our fathers don’t carry us around in their bodies for nine months or go through childbirth.

For another, fathers tend to not be around as much as mothers.

They are real heroes. But we don’t always see it that way.

I see that a lot, especially these days, when things aren’t easy and work is too often hard to come by… 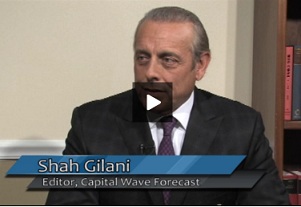 Here’s a little bit of advice you can use to make money.

I’ll show you how it has worked for people like Beth Jacobson, who fell off the Wells Fargo “stagecoach from hell” after making millions pushing subprime mortgages there. And for Jamie Dimon, who I’d love to see get kicked off the JPMorgan gravy train, where he’s been lying for years, while making himself hundreds of millions, to ING Bank, who lied about doing business with Iran and Cuba to make millions in fees.

First, let’s get back to our liars, because there’s a lot of humor in seeing them get caught in their lies…